A brief analysis by the Energy Watch Group

Today, the International Energy Agency (IEA) published its World Energy Outlook (WEO) 2020. While showing improvements in some areas, the report remains inconsistent with the 1.5°C target. This year’s WEO focuses on recovery measures in the aftermath of the coronavirus crisis, but – as usual – falls far short of what would be necessary in terms of climate and energy policy. In recent years, the IEA had continuously and significantly overestimated the use of fossil and nuclear energy sources and, in return, underestimated the expansion of renewable energy. As a result, the IEA has become one of the main causes for the increasing GHG emissions and the Earth’s overheating.

Although the IEA’s figures on costs and expansion rates of renewables are approaching reality, which cannot be said about past WEO’s, even with the new WEO 2020, the IEA again demonstrates its irresponsibility towards climate protection, encouraging the continued long-term use of fossil fuels.

The WEO’s assessment on climate protection in their Sustainable Development Scenario (SDS) is downright grotesque. The scenario sees a 50% probability of global warming not exceeding 1.65°C above pre-industrial levels, if zero emissions are achieved as late as 2070. In view of a current global temperature increase of 1.3°C, as recently measured by climate researchers of the EU climate research institute Copernicus, this is completely absurd. During the past decade, world temperature has risen by 0.18°C. Within the ongoing and the next decade, temperature rise is expected to further increase by 0.2°C each, so that 1.7°C will already be exceeded by 2040 at the latest. And even if all emissions were to be stopped by 2030, the Earth would continue to heat up significantly. For the year 2040 however, the SDS still foresees about 45% of today’s greenhouse gas emissions. Clearly, this has nothing to do with a “sustainable development” scenario.

The WEO 2020 has improved its projections in some areas. Yet, the projections are neither sufficient nor optimistic enough. PV, for example, is expected to grow from 600 GW to 5900 GW until 2040 (11.5% per year), and wind power from 620 GW to 3000 GW (8% per year). Compared to earlier IEA publications, this is an improvement in the right direction. For comparison, the respective projection for PV in the WEO 2019 was 4800 GW. Moreover, the stated PV costs for the first time represent the actual conditions. Still, no further conclusions are drawn from the fact that PV is the most cost-effective form of electricity generation today, although it will restructure the energy system much faster than the WEO 2020 envisages.

Nuclear power generation is expected to increase from 2,800 TWh to 4,300 TWh in the SDS. This seems odd in view of the fact that nuclear energy is the most expensive form of electricity generation and is associated with great problems in terms of technology, economic viability and security policy, as well as considering that the construction period of a nuclear power plant is usually well over 10 years.

Oil consumption in the transport sector is expected to fall only slightly by 2030 – the high dynamics of electric mobility are not anticipated. After all, coal use is expected to decline significantly by 2050. Yet, electricity generation from natural gas is only expected to fall from 6,300 TWh to 4,550 TWh by 2050. This means that fossil gas is believed to have a bright future ahead. This is an extremely dangerous message for any climate protection efforts, as methane emissions are increasing dramatically and fossil gas is no less harmful to the climate than coal.

As the WEO is still seen in many places as the most relevant and precise forecast of the future energy system, the report has the potential to influence future private and public investments worth trillions. In addition, the WEO scenarios will also serve as reference points for any climate targets that are adopted in the run-up to the global climate talks (COP) 2021 in Glasgow.

Conclusion: With this year’s WEO, the IEA remains true to its irresponsibility by further encouraging a long-term use of fossil and nuclear energy sources, apparently without including neither the necessity, nor the economic, social and political opportunities of a fast and comprehensive transition to 100% renewable energy. In recent years, various research institutes have demonstrated the feasibility of 100% renewable energy by or before 2050. Thus, the IEA, as the world’s most influential authority on energy issues, remains one of the leading players to be named when asking ourselves why the world community cannot find a viable pathway towards climate protection.

WEO – A Guide Towards Climate Chaos | Nuclear Energy: No Path to Reduce Emissions | 100% Renewables for Taiwan 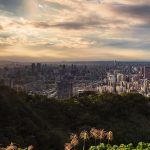